Energy and agriculture in the drought-stricken western U.S. are suffering as the water supply in some major reservoirs is dwindling.

Lake Mead, which is fed by the Colorado River, provides water for 22 million people in seven states including Arizona, California, Colorado, Nevada, New Mexico, Utah, and Wyoming. Lake Powell, which stretches from Arizona to Utah, is also a big part of the water equation in the region.

Now, both Lake Powell and Lake Mead reservoirs are half-empty, and scientists predict that they will probably never fill again, according to the Glen Canyon Institute, a non-profit organization dedicated to changing Colorado River management to fill Lake Mead first and then use Lake Powell as a backup during flood years.

Over the past two decades, the water level in Lake Mead has dropped by 130 feet. It’s now down to 37 percent capacity and is expected to reach its all-time recorded low Thursday.

***Please sign up for CBN Newsletters and download the CBN News app to ensure you keep receiving the latest news from a distinctly Christian perspective.***

The U.S. Bureau of Reclamation says the lake level will probably keep falling until November, meaning the continued drop in water level could impact the entire western U.S.

The shortage is affecting farmers who can’t plant crops, as well as hydroelectric power from the Hoover Dam, forcing a nearly 25 percent cut in output.

“So next year, we are gonna get 25% less water. Means we’re going to have to fallow — or not plant — 25% of our land,” Arizona farmer Dan Thelander told 8NewsNow.com.

Many farmers across the region are rushing to dig wells to supply water for their crops. In Arizona, farmers in Pinal County south of Phoenix have had to stop irrigating their fields because of the shortages.

The other western states that rely on the Colorado River for water are also preparing for the federal government to issue its first-ever official water shortage declaration. 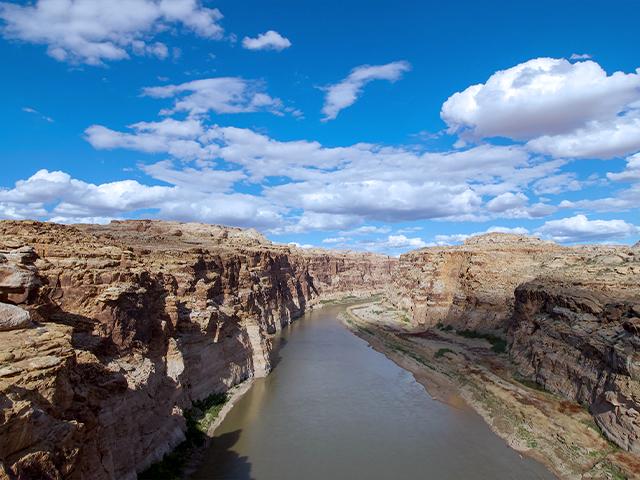 Nevada is trying to be proactive when it comes to conserving water.  Last week, Gov. Steve Sisolak signed legislation to make the state the first in the U.S. to ban certain kinds of grass.

The measure will ban water users in southern Nevada from planting decorative grass so they conserve water. The grass ban starting in 2027 applies to office parks, entrances to housing developments, and street medians. But it does not apply to single-family homes or parks.

Water officials say the ban will eliminate about 31% of the grass in the region.

Sisolak said last week that anyone flying into Las Vegas viewing the “bathtub rings” that delineate how high Lake Mead’s water levels used to be can see that conservation is needed.

“It’s incumbent upon us for the next generation to be more conscious of conservation and our natural resources — water being particularly important,” he said.

Meanwhile, several wildfires are scorching the drought-stricken Southwest, signaling what could be a devastating summer. Firefighters in Arizona, New Mexico, and Utah are trying to put out fires.

The drought, coupled with rising temperatures, has led to widespread fire restrictions in Utah, New Mexico, and Arizona, including fireworks ahead of the July 4 holiday.

In Pictures: Pope Francis in Iraq

Lakers Eliminated from Playoffs With Game 6 Loss to Suns

‘Nothing Is Impossible With God’: Brokenhearted Abandon Addictions for God’s Redemptive Healing at ‘Let Us Worship’ Events